I found a free book about how to make money on you tube, So I downloaded it to my kindle.
It was a really quick read, even for me… but I will save you the time. The book said to post videos. Lots of videos, about whatever it is that you do. You can have multiple channels, pretty much any content that would suit a general audience. There is how to videos, book review videos, people doing funny or stupid things. Whatever you find on television, you can probably find it on you tube.
So… make videos… ok… but its hard to figure out what I want to make a video of… I told the kids, whatever I am doing remind me to make a video! Let other people figure out if its cool or not. The very first video I made was of me reviewing the contents of my mothers clothespin basket. To see that first video click here. Not real exciting, but it got the ball rolling, so next I did a series of seven videos about building a “CANJO”. A Canjo is a simple one or two string instrument that uses a can as a sound resonator You can see video 1 in the series here. That set of videos was sooooo much better than the first one, I changed camera persons, We worked with my lighting a little and got a bit better at using the video editing software that came with our computer.

All these next pictures are “oopsies” from the Canjo series. it seems the camera person forgot to change the camera to video or there was stuff in the way or whatever.  This is a really low budget operation there is no fancy equipment. We tried to use my old Olympus camera, but that was really grainy. then our old Kodak digital, the zoom was broke and it made a terrible noise. All these video’s were shot using my iPhone 4. if you are into iphones you know they are at iPhone 6 now, so my 2+ year old iPhone 4 that I paid $.99 (yes ninety-nine cents) for when iPhone 5 came out is the best video camera we have in the house! 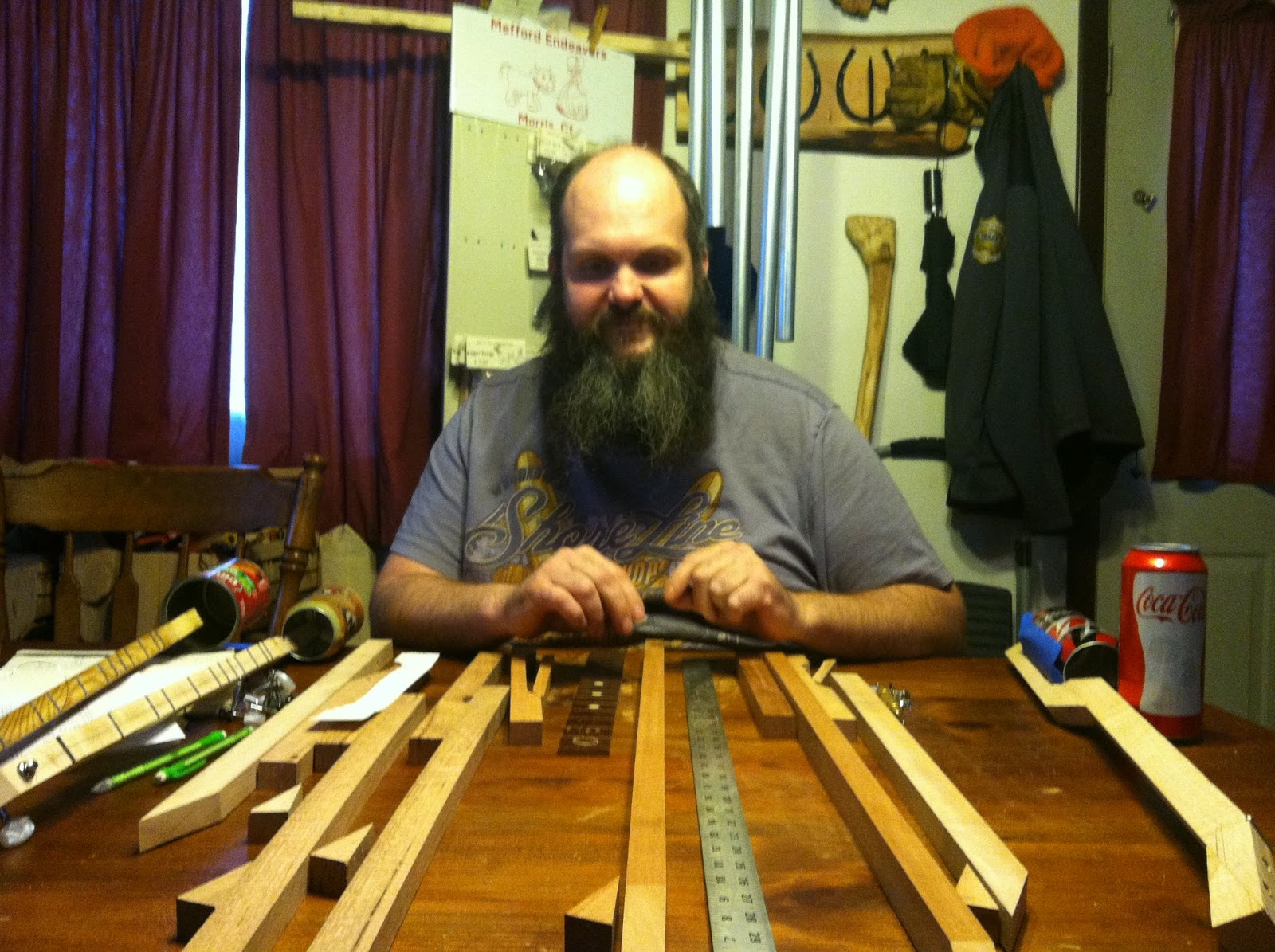 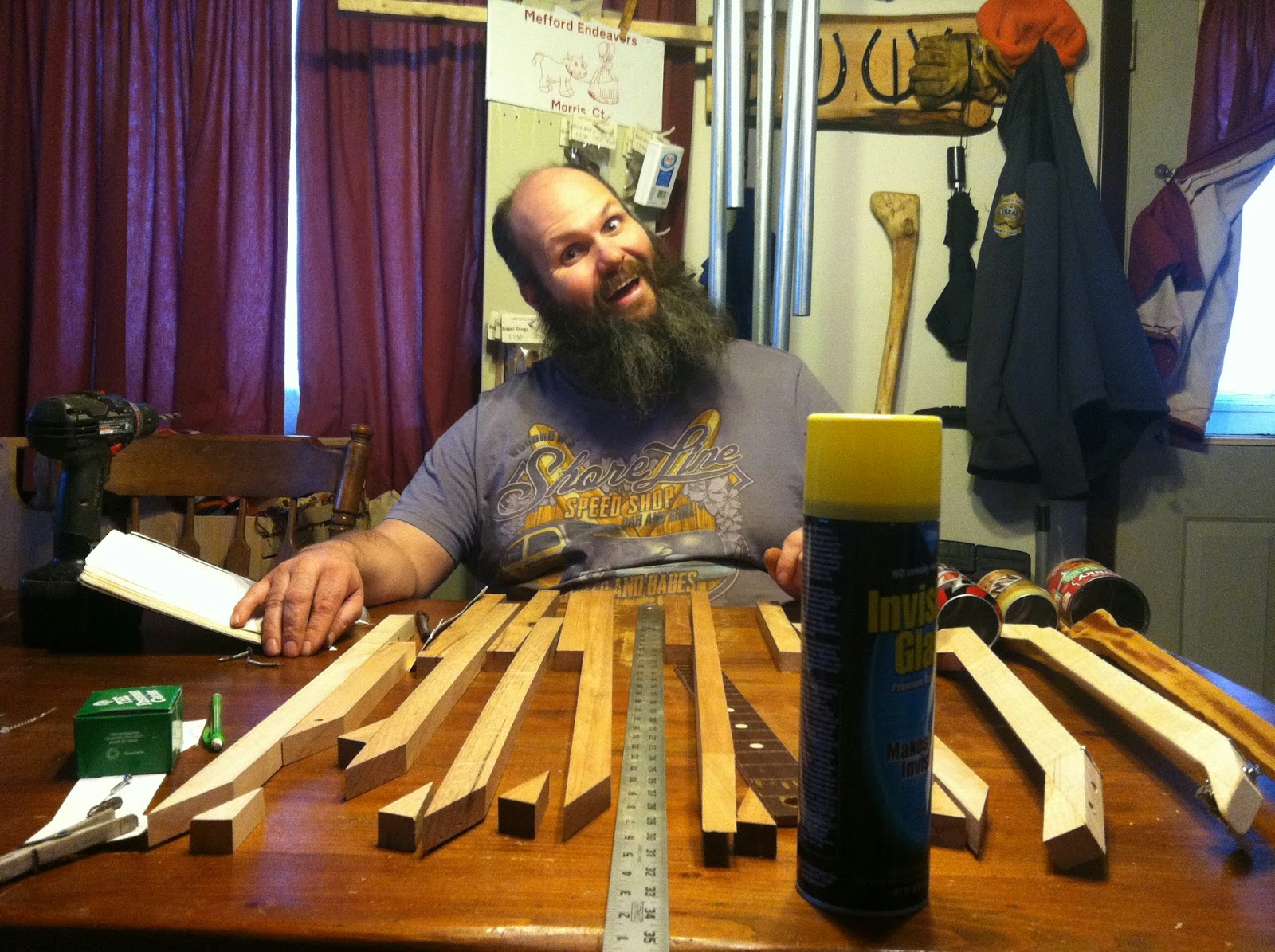 In this candid shot you can see our “monopod” that steadies the camera for filming. Yes it is a can of aerosol glass cleaner – use what you got! We have no microphone so I just spoke as loud and clear as I could.
We took this video in our “dining” room. which at this point still had craft fair stuff and Christmas gifts in the background. (you can see Gramma’s wind chimes to the right of my head, Which I hit more than once in the videos, and there is a walking stick, even the horseshoe coat rack was made by my son as a gift!) We filmed from either side of the table and tried to edit out as many goofs as was possible. 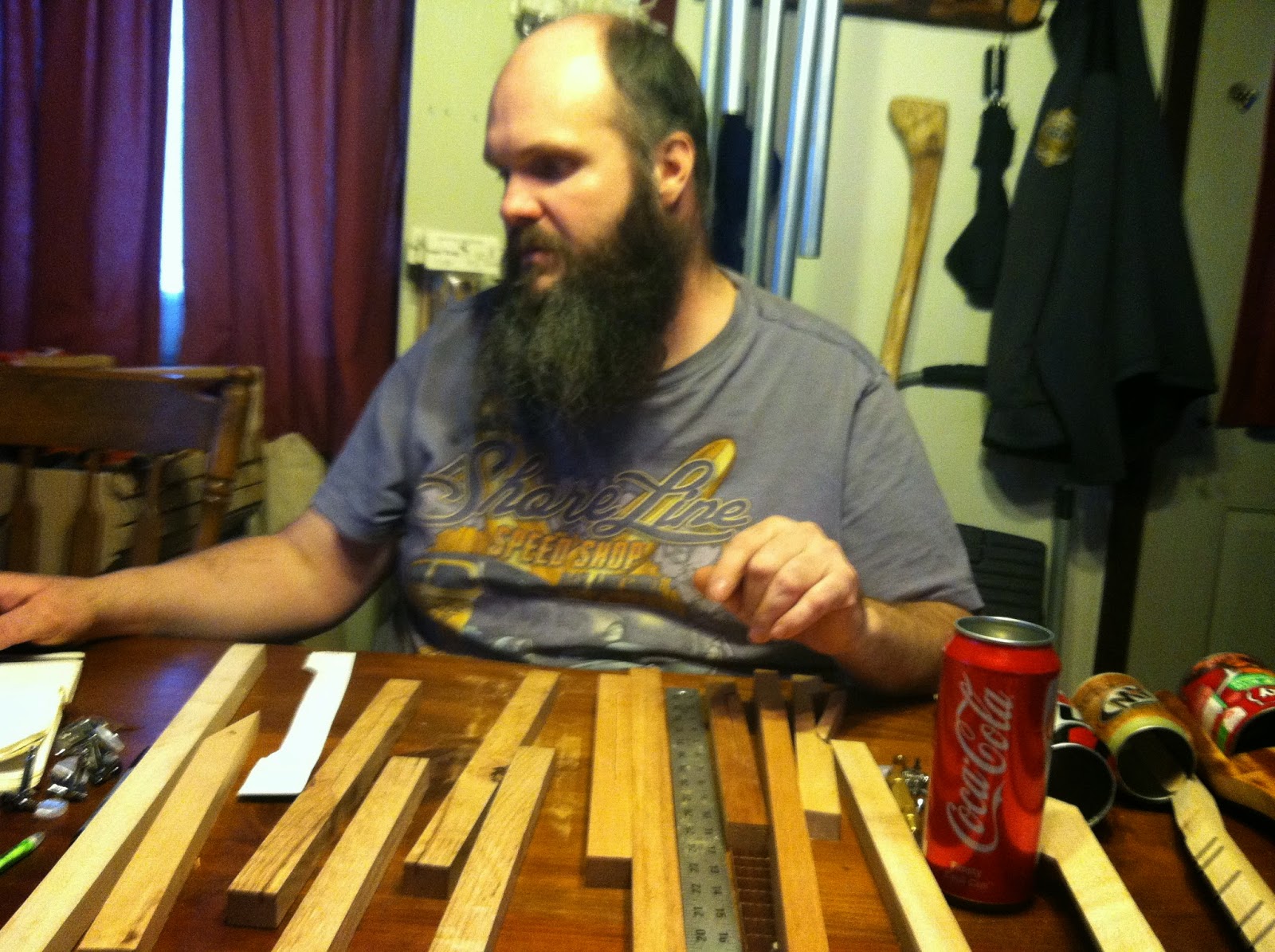 I think after it is all done that we could have edited more out, but I really wanted the viewer to see the whole process. I hate it when you are trying to learn something and there is a big piece of important information that was left out…. 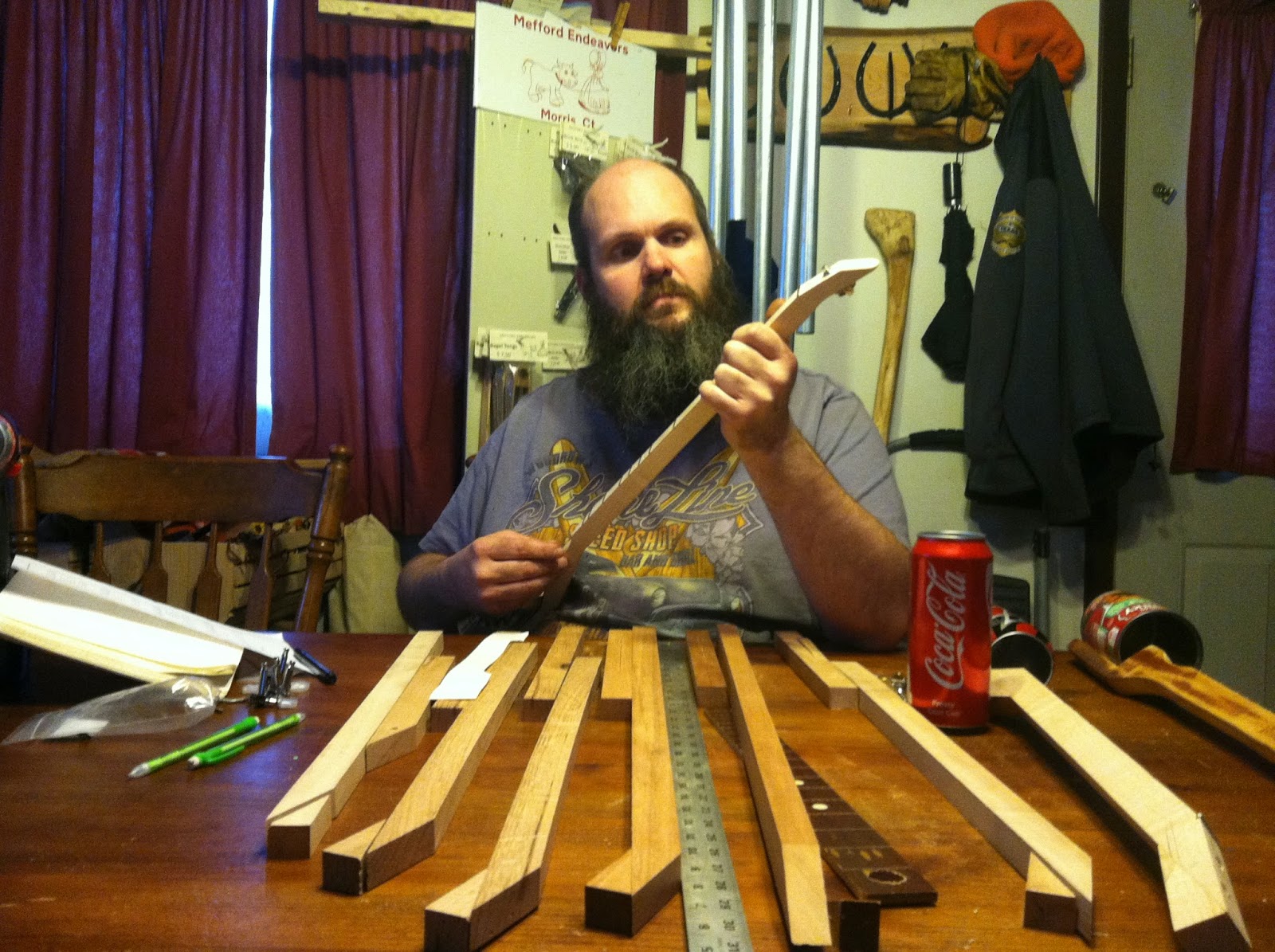 I am unable to really play any music whatsoever, so I do not really play, I more kind of plunk along to a melody. Two strings are my max, and I don’t play them both at the same time!
The canjo is a very interesting instrument, it is a play by number thing. you count down from the tuner to which fret you need to press and then pluck that string. For example, twinkle, twinkle is played  0 0 4 4 5 5 4 3 3 2 2 1 1 0 The “0” is open you don’t hold any fret down.  If this sort of homemade music interests you, I suggest watching video 7 first. You can find it by clicking here.
So now we are in the movies, the small screen, really really small screen. What will we do next? I think some hydroponics stuff, Kratky system I think. Maybe some woodworking? maybe I should do a series on making homemade clothespins. Suggestions are always welcome.
Until next time,
May God bless you all!
Posted in Uncategorized

Not your typical newsletterDiscover new products and great farm stand deals before anyone else!

Be first in line for all our new products, classes and produce. Get updates on upcoming CSA's and other announcements...make your neighbors jealous!